“In the midst of Scotland’s punk explosion, a Glasgow maths teacher hung up his mortar board and picked up a camera. His name was Harry Papadopoulos and his photos would come to define and inform Scottish popular culture in the1980s”—The Herald

Harry Papadopoulos was a photographer with Sounds music weekly from 1979 to 1984. Thereafter he became editor for a number of Marvel Comics publications, including Care Bears, Flintstones and Star Trek. Following a brain aneurysm in 2002, Harry returned to Glasgow and as part of his long-term rehabilitation assisted with curating the exhibition of his photographs at Street Level Photoworks, which received critical acclaim from the UK press and public alike. The book based on the exhibition – What Presence! The Rock Photography of Harry Papadopoulos – is published by Polygon. 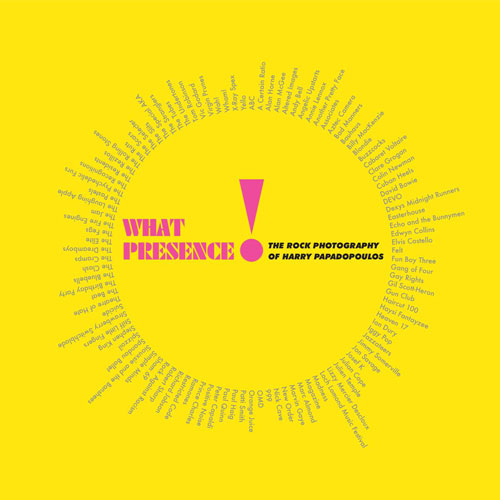