Shortlisted for the Bloody Scotland Scottish Crime Debut of the Year

Stephen O’Rourke is an advocate and a Member of the Institute of Chartered Arbitrators. He formerly wrote a regular column for The Scotsman and has written for The Guardian, Caledonian Mercury and Think Scotland websites. In 2012 he won a short story competition run by The Daily Telegraph, which proved to be the basis for The Crown Agent.

The Crown Agent, published by Sandstone Press, is the first in a historical adventure series set in the 19th century following disgraced surgeon Mungo Lyon as he is recruited to work undercover for the Crown. 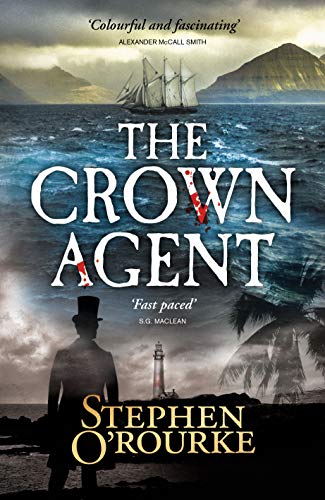